skip to main | skip to sidebar

Gillian Anderson is a tremendous Emmy and Golden Globe award winning actress, known for her role as Dana Scully on the smash hit television show, The X-Files.

Gillian Anderson has two tattoo designs which i am aware of, including two small tribal turtles on the inside of her right ankle, they are a sacred symbol from a native group on the island of Tahiti, which is where she had the tattoo done.

She also has a tattoo on her right wrist, of the Sanskrit symbol for "every day".

Gillian was quoted as say "It was painful, it felt like I was at the dentist and they were drilling into my bone". 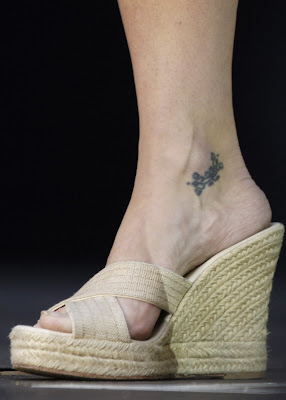 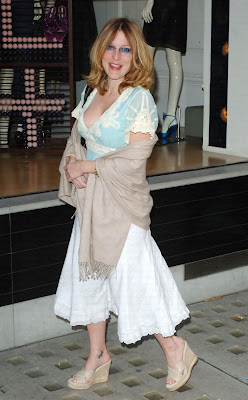 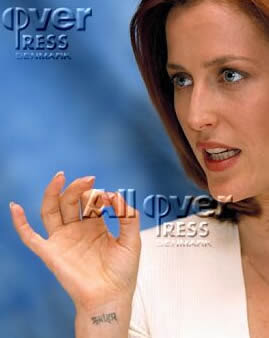 Fiona Apple is an extremely talented and creative American singer-songwriter, with a music style influenced by jazz, pop and alternative rock.

Fiona Apple has two tattoo designs which we know of and both are located on her lower back.

She has a tattoo of the letters "KIN" and "FHW" on the lower portion of her back (Not Pictured).